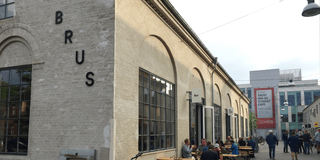 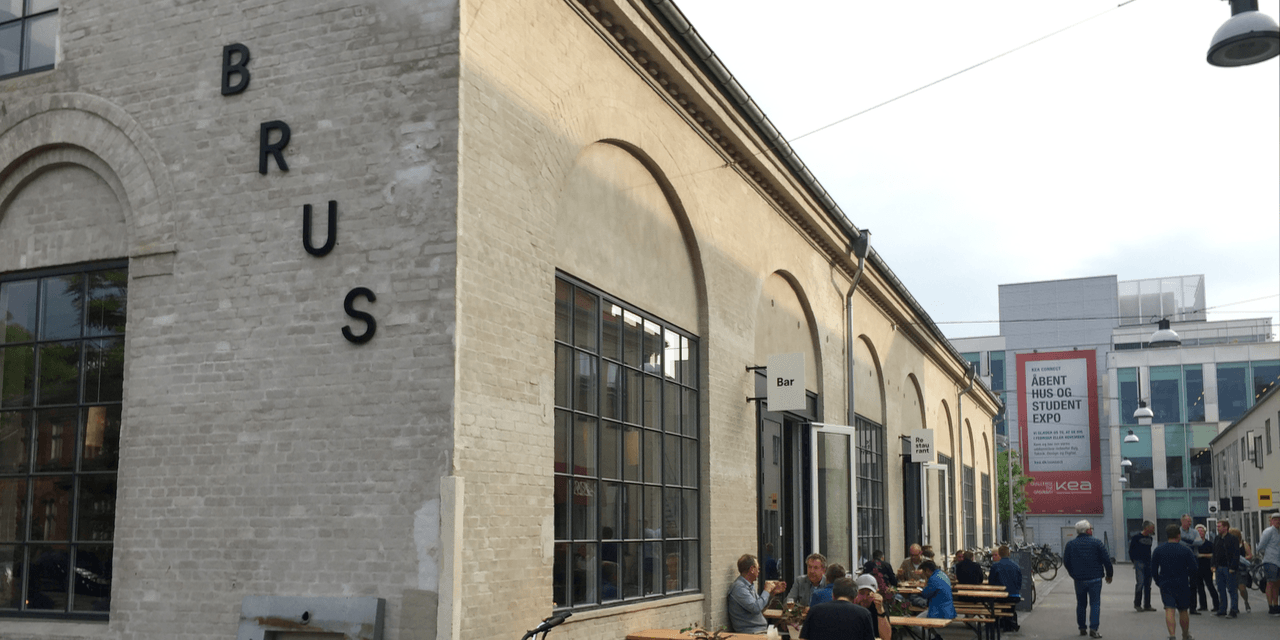 Is Copenhagen the craft beer capital of Europe?

Much has been made of Copenhagen’s craft beer scene with the rise and rise of Mikkeller, To Øl (former students of Mikkel Borg Bjergsø no less) and others such as Amager – to the point at which you could write a few books upon their endeavours alone. Alas this whistlestop tour found us in Copenhagen for just two and a half days. Beer tactics had to be employed accordingly…..

Top of the list in Copenhagen was Brus, the new bar/restaurant/shop opened by To Øl this past May. This is a big, beautiful space occupying an old iron foundry and locomotive factory. It has been perfectly executed from design, to layout, to – most crucially – what they are selling and serving here. The shop occupies somewhat of a unique position in that not only does it stock an extensive selection of great beers (mostly To Øl brewed, of course, but many other great breweries too), but it sells pastries, coffee, vegetables, milk and other groceries….making a visit all the more justifiable to the wife if I, err, lived in Copenhagen. Or had a wife.

The central nexus of this ambitious 750m² space is of course, however, the bar. With 13 fermentation tanks (capable of holding 19,000 litres) and 70 oak barrels (used as part of the design of the space) earmarked to hold all of To Øl’s barrel-aged beer, the bar offers all you’ve come to expect from To Øl, as well as rarities and guest beers. Amongst others, we sampled ‘Rødgrød Med Fløde’, a fruit IPA based upon the Danish dessert of the same name – a kind of porridge with red fruits. A beautifully complex beer that spins out in your mouth, bouncing between the overarching red berry fruits, a smooth/creamy lacto-vanilla mouthfeel and just the right level of tang (‘sour’ would perhaps be the wrong word here), to complement and accentuate the bitterness of the hops.

Let us not forget the final component of Brus – Restaurant Spontan. Headed up by Michelin starred chef Christian Gadient, this is serious wow-factor food without the pretension that can come with top-level dining. The menu can be paired with beer (of course), making this a dream for beer geeks who love good food.

You almost wonder where it will end, slow down, or even contract somewhat. Not that you would want it to.

Mikkeller have come to dominate their home city with a scope of vision and number of outlets I don’t think any other brewery has achieved anywhere else in the world. Just over half a million people live in Copenhagen, which isn’t all that many by worldwide city-sizes really, so to be able to comfortably support the following is pretty incredible: the Mikkeller Bar, Mikropolis, Koelschip (dedicated to Belgian-style beers), two outlets of Ramen to Bíiru (a ramen noodle bar), Øl & Brød (open sandwiches, essentially), Warpigs (BBQ in collaboration with Three Floyds brewery – so established now that Warpigs is considered a brewery in its own right), Mikkeller and Friends Bottle Shop, Mikkeller and Friends bar aaaand their newly launched Barrel Room….phew. You almost wonder where it will end, slow down, or even contract somewhat. Not that you would want it to.

With time against us, we opted to take in the Mikkeller Bar – including a small sample of the stunning, yet distinctly potent, imperial stout Black (Grand Marnier Edition) that clocks in at a whopping 21% ABV – Øl & Brød for some lunch and Warpigs for dinner and drinks. Of particular note was the Warpigs/Omnipollo/Tired Hands collaboration ‘Milkshake IPA’ – a super cloudy IPA that, whilst obviously throwing a heap of lactose into proceedings (it’s a ‘milkshake’ IPA, duh), balanced this milky creaminess with strawberry, orange and mango flavours to much success. You probably couldn’t drink three of these without feeling really full up though! We also got in on the Big Black Bicycle black IPA which superbly balanced that malty, coffee roastiness with a smack of hop bitterness. Wonderful. Black IPAs are a bit of a favourite at Ghost Whale – why not have the best of both worlds?

At this point Ghost Whale had to retire with a belly full of (great) food and beer. We were, however, clear in the verdict that Copenhagen is somewhat of a mecca for both the craft beer aficionado and food and drink fans alike. 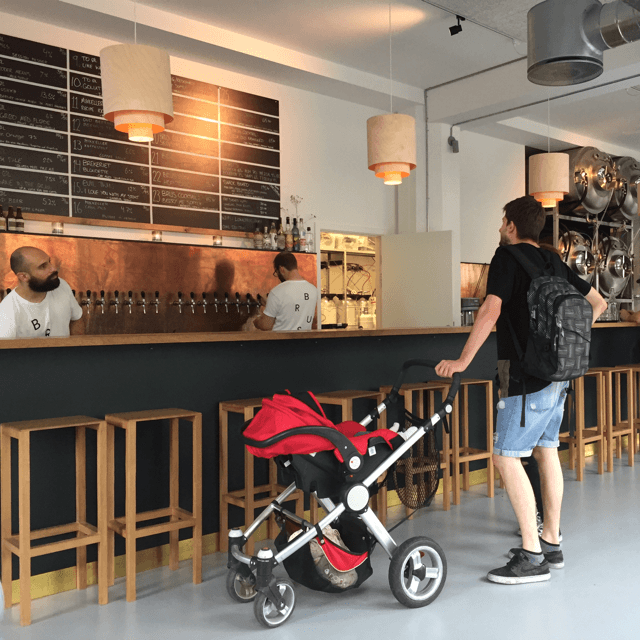 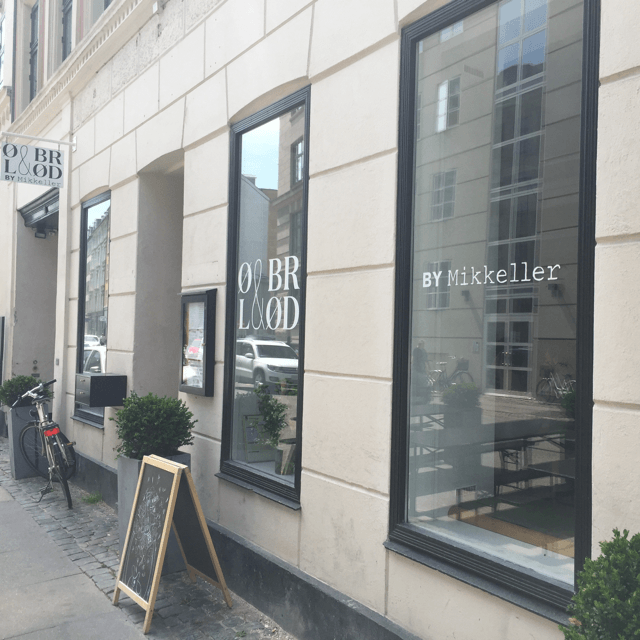 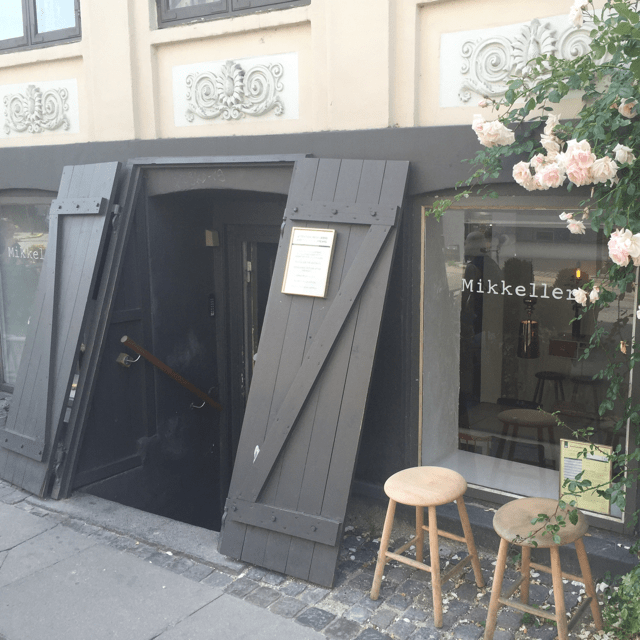 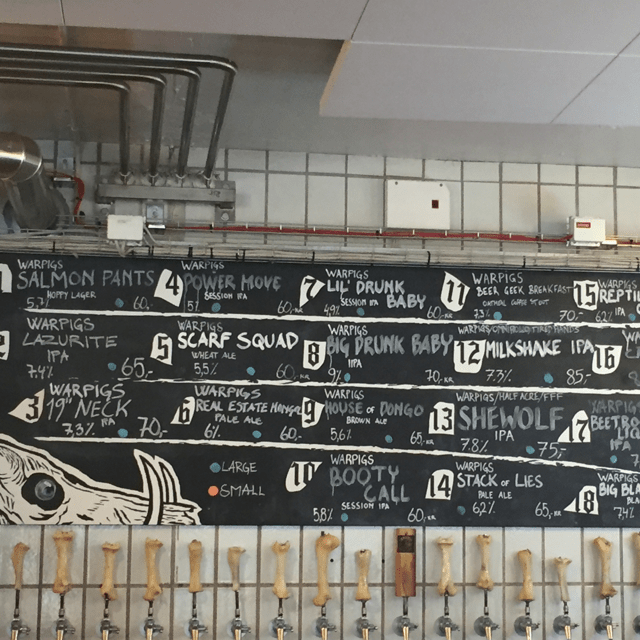